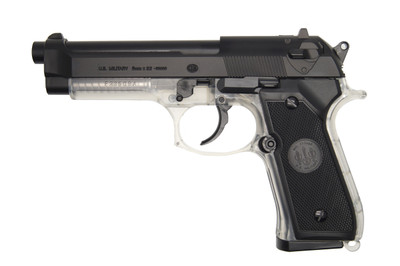 GREAT FOR BACKYARD PLINKING - GARDEN TARGET SHOOTING AND 1 ON 1'S

The Blackviper M92FS is a good pistol if you want something for backyard shooting target practice.

This Pistol is based on a Beretta 92FS Used by the Italian and united states Armed Forces and various other police forces. The m92 was designed in 1975 and is still produced today, and is one of the most beautiful pistols around. The Beretta M92FS was used in the 2008 Hollywood film "The Hurt Locker"  the story set in the Iraq War. (see photos below)

It is a Spring Powered BB Pistol, Which means it is a Spring-powered bb gun, that must be cocked before each shot. It's cheap to run and easily maintained as it requires no gas or batteries to operate.

The Pistol is a 1/1 full-scale replica with a length of 195mm. The bb gun comes with a black top slide and grips with a transparent plastic frame. The handgun's grip panels have an anti-slip diamond finish. There are marking on the top slide, and the gun has a serial number on the frame.

There are front and rear iron sights on the gun; it also has an open breach feature that adds to the realism of this airsoft pistol.

The removable mag holds 22 rounds and is made of plastic.
The gun also has a working hammer and safety witch is rare in spring-powered pistols.

It is not possible to put a suppressor on this gun as it does not have a threaded barrel.

1. Fill the magazine with bb pellets.
2. Insert the mag in the Pistol.
3. With one hand on the pistols grip, use your other hand to pull back the top slide and then release the top slide.

Now the Pistol is primed to shoot; simply pull the trigger, and it will fire.

When using the Pistol, always make sure you or anyone you are playing with has protective eyewear or a mask.

We recommend any weight bb pellets from 0.12g to 0.20g, but we would probably use 0.15g angry ball pellets with this handgun for best performance.

As this gun is finished with two-tone colours, you do not need a valid defence to buy it, like you would if you were buying a fully black gun.

There is no legal age requirement to use a two-tone pistol, but we recommend players be over 12 years old with parental supervision when using it.

The Pistol is a Taiwanese made bb gun and is made to a high standard, much better than some of the cheaper Chinese copies.

if you are looking to buy a spring pistol, this is about as good as you are going to get, and personally, I think a good choice. But if you don't like the idea of manually cooking the gun before each shot and you fancy something automatic, maybe check out the non-blowback gas pistols we sell, they start at around £35, but you will also need to buy gas to power it. (check out our pistol buying guide here)

If you're looking for a fun, reliable airsoft gun that'll look great in your collection and work even better, this could be the one for you.

If you also need an extra mag for this bb gun we sell them here.

as seen in films and video games.

The Beretta M92FS was used in the 2008 Hollywood film "The Hurt Locker" the story set in the Iraq War. has Sergeant First Class William James and Sergeant J. T. Sanborn both using the Beretta 92FS pistol.

In the film, they are members of a US Army EOD team as they go around disarming IEDs throughout the nation during a year-long deployment. The film would later be nominated for nine Academy Awards, winning six.

You also may have seen the m92 in the video game Rainbow Six Siege.

The M92fs is also seen in The fims, Bourne Identity, Battlefield Earth and Hotel Rwanda, among others. 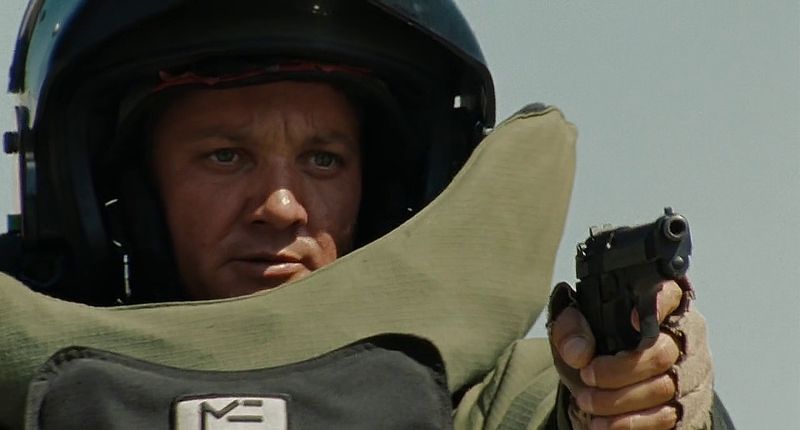 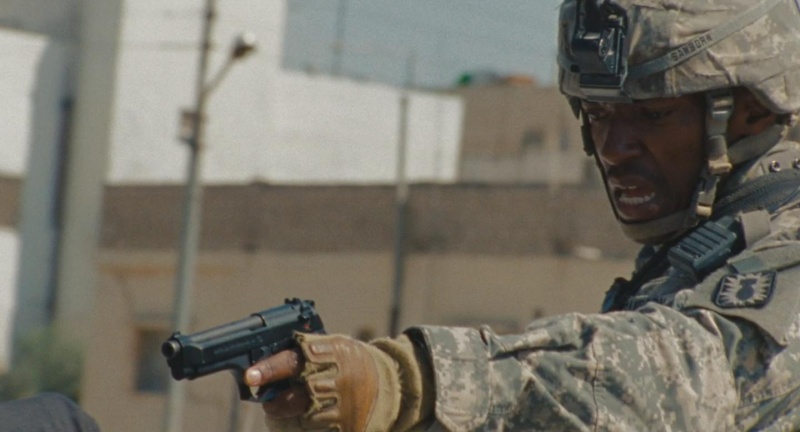 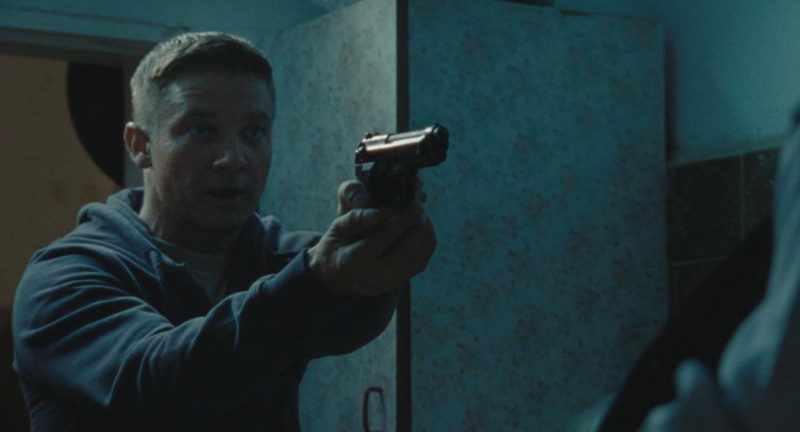 Here is a collection of articles to help give you an informed decision to help you buy the best spring pistol bb gun that suits your needs.