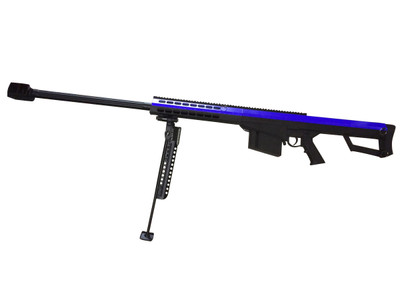 This airsoft sniper rifle is a clone of the Barrett M82A1, and this one comes in awesome two tone Black and blue colours. (but we also sell a black and red version)

The gun also comes in red/black