So the normal can of green gas for bb guns you get on the shelf is pretty much the standard stuff. It operates at about a 115 psi at room ambient temperature, which is a lotta big fancy words for, "Hey, if it's around 72 degrees Fahrenheit it's gonna be about a 115 psi." And that's what a lot of these guns have been built around, green gas pistols, to operate with that pressure level gas. But since we're here in the States or worldwide, Europe, Asia, everybody else was you don't really have that; these guys hit the market. So they do have three different levels here: green, red, black. And each one offers a step-up in power. Now the green's going to be a little bit more psi. It's going to be around a 135 psi versus your standard 115 psi gas here in the United States which means more oomph. Red jumps, I think, into about the 160 range, and then the black gets up into low, low 200 psi, which is significant numbers. But don't think that all three of these are just to turn your gun up, they actually have separate purposes.

So before we get into the Chrono test, you can see how they react on a normal day. I want to tell you what they're all about. So the regular green gas cans, actually 10 and a half ounces in size, which is larger. It's actually almost near, not quite, double the size of a U.S. green gas can. So when you're looking at price, because these are a bit more expensive, you're going to get near double the gas out of the can than you would over a standard one.

Now it's time to talk about these three right over here. The green one is called Nuprol 2.0, red is Nuprol 3.0, and black is Nuprol 4.0. And, like I said, each one has its own purpose. The green is kinda obvious. It's to replace standard green gas. The red, they pitch it and sell it as a gas that is supposedly used for cold weather, and it does actually do that. I wrote and article for "Airsoft Insider" magazine a couple of years ago using this in the wintertime. It was this snowy day. I put it in the snow bank. I really wish I could find, like, the photos. I had that whole folder wiped out. It's gone. But I actually had it in the snow outside, so it was a good 38 degree or 34-degree snowy cold day, Fahrenheit in the United States which is probably really close to 1 or 2 degrees Centigrade if you guys are anywhere else aside from the States here. So I will say with that I won't have a video to show you that. My personal experience is it did a very good job operating. And then the black is that power-up gas. It is designed for a bit more punch. The difference here is the power. So we're going to start with the standard green gas. I'm going to show you guys my tests using this HK45 pistol. It's kind of one of my go-to here for a green gas pistol because this is pretty consistent shot to shot.

In between each of these tests with my bb guns I want to keep in mind, I'm using three different magazines, and I'm rotating those out. I'm emptying the gas out of each one each time, and I'm letting the magazine get exactly back to room temp. Outside temperature on the day I did this test was around 60 degrees; inside temperature was around 72. So we're going to start with the standard can of green gas like I said. And the first shot here on this, so I did a series of 5 shots on each one, started at around 324 feet per second. After the 5th shot hit, we almost got down to that 300 mark. It was around 304, so you saw a pretty decent drop in power here, almost in the neighbourhood of around 22 across five shots. Moving on to the Nuprol green, I saw 331, and I did expect to see a little higher number on the initial shot because the psi of the gas is a bit higher, so we're going to see that correlate. What was interesting to me, and this is really where I think Nuprol gas starts to set itself apart, is the drop. So we saw this one drop from 331 to 325 FPS across those five shots. That's six-drop. That's not a big number really when you're looking at the grand scheme of things, and definitely held on to those feet per second, that power from first to fifth shot, a little bit better than standard green gas did. Now stepping up to red, I was kind of expecting bigger numbers here but it did kind of come out with a little bit more, 340 at the start, 330 at the low end, so we did see a 10 delta from start to finish on the red gas, but it did actually give you a little more oomph. So now we're moving up that scale from 326 with standard green, Nuprol green at 331, and red at 340. 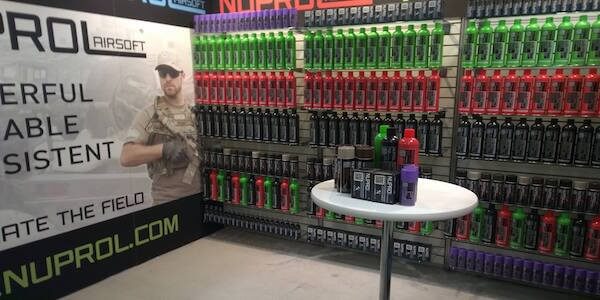 And then it's time for the big boy. It is time to bring out the black gas. Now, of course, this one is designed for cold weather, but if you want that power, you want that kick, this is where you're going to wanna step up to. Three hundred and sixty-five was the starting and 358 is the lowest, so it also held on to that number really well.

So that's it with this as my testbed. And again, your mileage will vary. Every gun has its own starting feet per second, so don't go, "Well Jonathan, man, you promised me 350 something, 360 feet per second on that." Again, like I said, every pistol...some you may actually get higher numbers, some you might get lower. Also, something to keep in mind, because the black on this one jumped the pistol up 25, and again I've actually had [inaudible 00:04:41] four. I've done some test with this prior. I saw a larger jump from start to finish. Be mindful that using black gas could take your gun over your field limits, in this case, 360 which would be way above that 350 number for some indoor fields. So kinda keep that in mind if you guys are gonna be moving that. Kind of using the gas appropriately and Chrono with the gas you're gonna be using on the field. 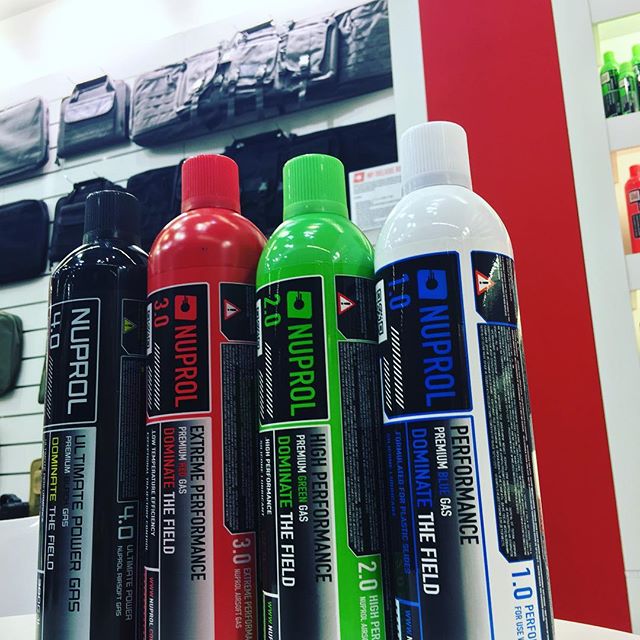 So guys, bottom line, very impressed with the Nuprol gas. Again, not incredibly surprising for me because I did a review article as I said in print two years ago. I've never done a video article, and I kind of wanted to share my findings with you on this. I'm a big fan of it. I think it's very neat. It obviously is a higher price point because you're gonna be paying for that bigger tank of gas, but on the flip side, you're actually getting a lot more out of it and more power and consistency through shots. So if you guys been looking for something to mix up your game, get that, and oh yeah, don't forget, a lot crisper blowback. It does add some punch. But be mindful when you jump to the black you might be wearing your gun out a little sooner than later. Take a look at Nuprol gas, and of course, you can pick it up. Now the G&G is the distributor here in North America and pretty much any Airsoft shop you can imagine.

So before we go, real quick, got a question for you guys. First off, what else do you want to see me review?

buy nurpol bb guns gas via the links below