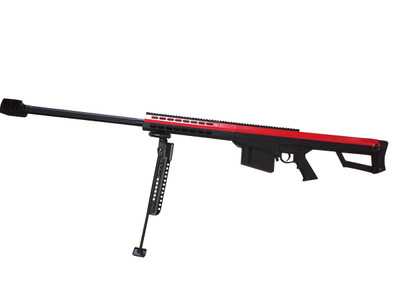 This airsoft sniper rifle is a clone of the Barrett M82A1, and this one comes in awesome two tone Black and blue colours. (but we also sell a black and blue version)

The gun also comes in Blue/black

notice - this gun will not work if you put the barrel in the wrong way. there is a little dot on the the barrel at the trigger end. it has to go in to the gun  facing downwards. if its not in the right way it will not shoot.